An allergy is an excessive and harmful reaction of the body and the immune system, against natural substances, which are usually harmless. These substances are called allergens and exposure to them is manifested in various forms

Is there anywhere in the world anyone who is totally free of fear? It seems that the answer is “no”.

Each person experiences fear at least a few times during his or her life. At times, it is a minor worry, that passes when the person is no longer affected by its “trigger”, but when this fear dominates our lives, reduces our quality of life, or prevents us from acting as usual, it is considered to be a more deeply-seated fear and even anxiety. Why should you carry around this ‘extra baggage’ and suffer from a difficult and endless coping with it? One of the treatments offered at “The Ora Golan Center” was uniquely developed by Dr. Golan in New York, specifically to treat this problem. It was successfully implemented with many patients around the world.

Attention Deficit Hyperactivity Disorder, known as ADD or ADHD, is a common phenomenon among the population in every age group.

Attention Deficit Hyperactivity Disorder (also known as ADHD) affects 10% of children and occurs in childhood, usually between the ages of 3 and 7. In most cases it persists into adolescence and adulthood

Most adults who feel or attest to themselves as suffering from ADHD have discovered signs as early as childhood and the difficulties are no stranger to them.

The fear and anxiety we experience from a relationship, create excuses that do not allow us to move on the interpersonal level towards a long-standing solid relationship.

A person who feels restlessness and emotional stress, as a result of a certain danger, whether real or imagined, and feels helplessness in coping with these emotions, is in a state of anxiety. A certain event is usually the trigger for this condition. Anxiety can be expressed in a physiological manner (pains, illness, unease), or in an emotional manner (irritability, stress, crying) and will always be expressed in symptoms that are associated with a state of anxiety. Anxiety is actually a natural mechanism of our bodies, which serves us for survival purposes, to protect us from dangers or threats and enable us to act quickly. In the distant past, this mechanism was effective and essential, but nowadays it is not justified in most cases, and even more so, it might develop into an anxiety disorder, which sadly, affects the quality of life of many people.

Following are the symptoms of which a person may experience at least three during an attack: 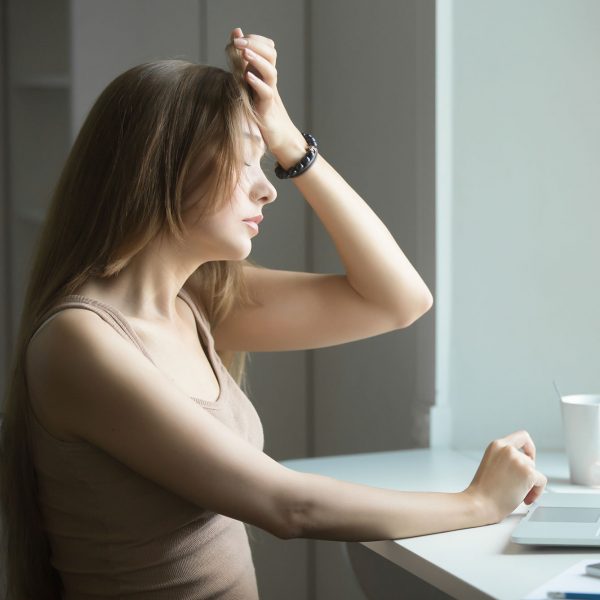 Call the call center 24/7 717-436-3745 Send a message with an immediate response Send an email office@oragolan.com

Watch a video from the show “Creating a Change” in which Ora Golan explains what is an anxiety attack.

How will you know if you are having an anxiety attack?

An anxiety attack is an emotional condition that appears suddenly, as a result of being exposed to various factors, such as fear, stress, panic or an emotional unease, in an individual manner. The sensations will reach their peak in a matter of seconds and up to a few minutes. During an attack there are physiological (physical) symptoms which are usually the first to appear. These include: sweating, a fast heartrate, trembling, paleness, a feeling of suffocation, a headache and dizziness. Following them, cognitive symptoms may appear, such as: thoughts and sensations that something bad is about to happen, and a person may reach thoughts about madness or even about death. These symptoms might lead to behavioural symptoms, such as: paralysis and a feeling of “being frozen” in place and helplessness, along with avoidance of a similar situation in the future.

A diagnosis of anxiety attacks and fears

Anxieties and fears are a burden that you might live with throughout your life. Many people who have experienced an anxiety attack live in constant fear of another attack, due to the fact that some people undergo an anxiety attack suddenly and with no previous signs or a clear trigger. For example, people who experience claustrophobia (fear of being in a closed space) and might find themselves in a closed space. If you have noticed that you have some of the symptoms, you should find out whether you are part of the population who undergoes anxiety attacks, and seek a suitable treatment. The initial diagnosis can be conducted by your family doctor, who will provide you with a referral, according to his or her professional opinion and the symptoms which you exhibit.

People’s anxiety mechanism is triggered when we perceive a certain factor as a threat to us. This is a survival-geared mechanism, meant to protect people from dangers and to keep them alert so that they can respond quickly. Research shows that this phenomenon has a genetic basis, and about half of the people who experience anxiety attacks have a family member who suffers from, or used to suffer from them in the past. An anxiety attack takes place when a person perceives a certain factor as threatening and feels a danger. The person’s perception may be wrong, exaggerated or imagined, but as a result of it, physiological symptoms develop, contributing to the strengthening of the fear and the anxiety, so that a self-nurturing circle is created, and reaches its peak as an anxiety attack. It is important to note that the frequency of the anxiety attacks is individual and the acuteness of the attack and of the symptoms also changes from one person to another.

There are 3 common types of anxiety attacks: