Attention Deficit Hyperactivity Disorder, known as ADD or ADHD, is a common phenomenon among the population in every age group. The difference between the names is in the symptoms of the disorder, which are manifested in disconnections and distractions or in hyperactivity, respectively. This phenomenon can affect all areas of life: studies, work, interpersonal relationships and even the daily routine of the same person. Therefore, it is important to diagnose her and tailor her appropriate treatment, in order to allow the sufferer to deal with it and live his life in peace and quiet and integrate into society.

Many people with ADHD have high intelligence, which is not utilized properly, due to insecurity and low self-esteem, as a result of society’s attitude towards them.

Today, awareness of the phenomenon is very high and it can be treated and significantly benefited.

As mentioned above, ADHD is a very common phenomenon among the population for its variety of ages. Attention Deficit Hyperactivity Disorder has 2 manifestations: one is called ADD (Attention Deficit Disorder) and the other is ADHD (Attention Deficit Hyperactivity Disorder). Both options present continuous attention and concentration difficulties over time, with ADD sufferers generally experiencing restlessness, levitation, fatigue, memory difficulties, disorganization, hypersensitivity, vulnerability, a sense of disconnection and the like, while ADHD sufferers experience, In addition to all the previous phenomena, rage erupts, jumping from topic to topic, activity and overactivity, binge eating, bursting into other people’s conversations, great difficulty in rejecting gratifications and more. Both currents come from the same source and make it difficult for the sufferer to function normally. It is important to note that there is a wide range of intensity of the disorders, and therefore, not every person who feels a little lack of concentration, is immediately categorized as suffering from ADHD of any kind.

The prevailing assumption according to many studies is that the source of ADHD is biological and neuropsychological, relating to dysfunction of neurotransmitters. Attention Deficit Hyperactivity Disorder is inherited through genes, so there is a high probability that at least one other person in the family has it. Of course, interaction with the environment also has an impact on the person in terms of functioning in his daily life, in terms of his achievements and quality of life. This effect may be positive, if the environment is supportive, but unfortunately it can also be negative for the person and aggravate the phenomenon.

Another source of ADHD may be a head injury. Our brain is a sensitive and soft organ, protected by the skull, but any injury to it, especially in the front left, can lead to ADHD-like symptoms and its gradual development.

ADD can also develop due to lack of oxygen in preterm infants, whose lungs have not yet developed or have had complications at birth, among people who have almost lost their lives by drowning or suffocation, God forbid, when exposing embryos to alcohol and cigarettes or heavy air pollution. Another cause of the phenomenon is poor nutrition. A diet rich in simple carbohydrates (white bread, white flour, sugar) and processed products, causes a sharp rise in blood sugar and requires immediate insulin release. The person consuming it feels fatigue, confusion, restlessness and on the other hand, the release of stimulant hormones, whose effect quickly fades. Chemicals such as various non-natural food colors have a similar effect.

According to statistics, if one of the parents has ADD, his children have a 60% chance of developing this disorder. If both parents have ADD, then the chance that their children will also have it is 80% -90%. Attention Deficit Hyperactivity Disorder is more common in boys than in girls. 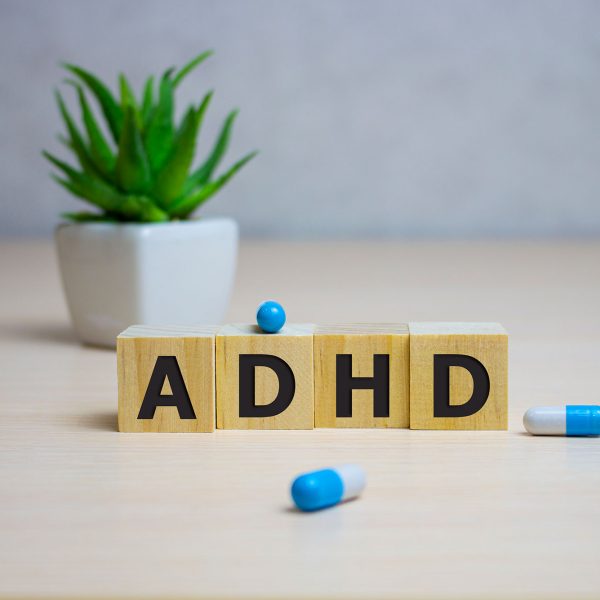 What are the symptoms?

ADD can affect the whole life and quality of life. These people have poor functioning in planning and organizing, regulating their behavior and rejecting gratifications, memory and retrieving it, managing a schedule, going down to details, lacking interaction with the environment (sometimes avoidance or rejection), failing social communication (not drawing conclusions or drawing lessons, receiving erroneous messages Society and difficulty in acquiring skills and making decisions) and more.

Prior to diagnosis, there are symptoms of ADD, which appear in people and can hint at some problem with attention and concentration. Here are common symptoms that often appear in various settings and in the lives of these people or children in general:

Not all symptoms must appear in order to test feasibility and send the person for diagnosis. At the same time, it is important to remember that with proper and effective treatment, there may be a marked improvement in every area and sphere in the patient’s life.

How is ADHD diagnosed?

There are several ways to effectively diagnose ADD or ADHD. Some are suitable for children and others are more suitable for adults. Apart from the issue of age, it is also important to know what the difficulty of that person is and what tasks and tasks he has to deal with in his daily life.

First, we will refer to computerized diagnoses, which are suitable for both adults and children:

After the computerized diagnosis, the patient will seek further diagnosis:

Attention and concentration are needed over time especially when the person is learning something new, watching a movie, listening to a lecture, having to do homework or complete another task when he is required to obey instructions and meet deadlines. All of these and many other areas are harmed and not performed properly. As a result, the person may feel failure and frustration, leading to low self-esteem and insecurity.